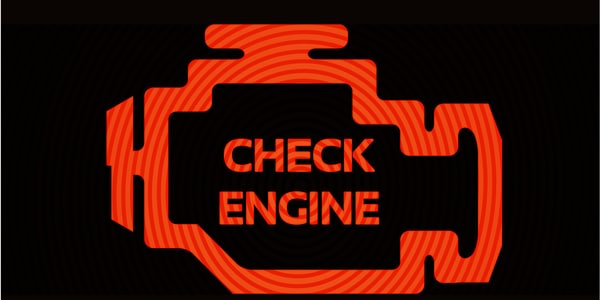 Everything You Didn't Want to Know About Your Check Engine Light

In 1996, the federal government and the state of California enacted sweeping changes to the vehicle emissions laws. Among the changes was a mandate that all vehicles monitor their entire emissions system, record failures and illuminate a warning light on the dash. This system has worked very well, but has also caused numerous frustrations and more than a few gray hairs.

Because the vehicles can record their own failures, many states (including Arizona) have built their emissions test around the vehicle itself. What does this have to do with you? Nothing….if you are one of the lucky people whose car never breaks. Simply stated, if your check engine light is on, the vehicle is a sure emissions failure.

The difficulty comes after the vehicle is repaired and the light is turned off. The vehicle is unable to tell that it has been repaired, so whenever the light is turned off a series of tests begin again. There are between two and five tests that must be run, which are referred to as “MONITORS”. In order for these monitors to run, the vehicle must be driven under an exact set of circumstances. Worse, each monitor has it’s own “DRIVE CYCLE” that must be driven.

Living in Arizona can make this very difficult because it is often too hot to run these tests. Also, for those who only drive in the city, it can be extremely difficult to get certain monitors to run. As an example, Dan once drove a Toyota Corolla at 35 mph on the Ajo highway with the hazard lights on for 30 minutes before the catalytic converter test would run!

Typically we ask people to drive their car several days with the fuel between 3/4 and 1/4 full. This is usually sufficient, but as the saying goes: “YOU’VE BEEN WARNED”. In any case, should the emissions station tell you that your car is not ready to be tested, we have several options:

Because check engine lights frustrate us as much as our clients, we don’t charge for any of these options. Feel free to contact us with any other questions at 620-1957 and thank you for choosing Dan’s Toy Shop.