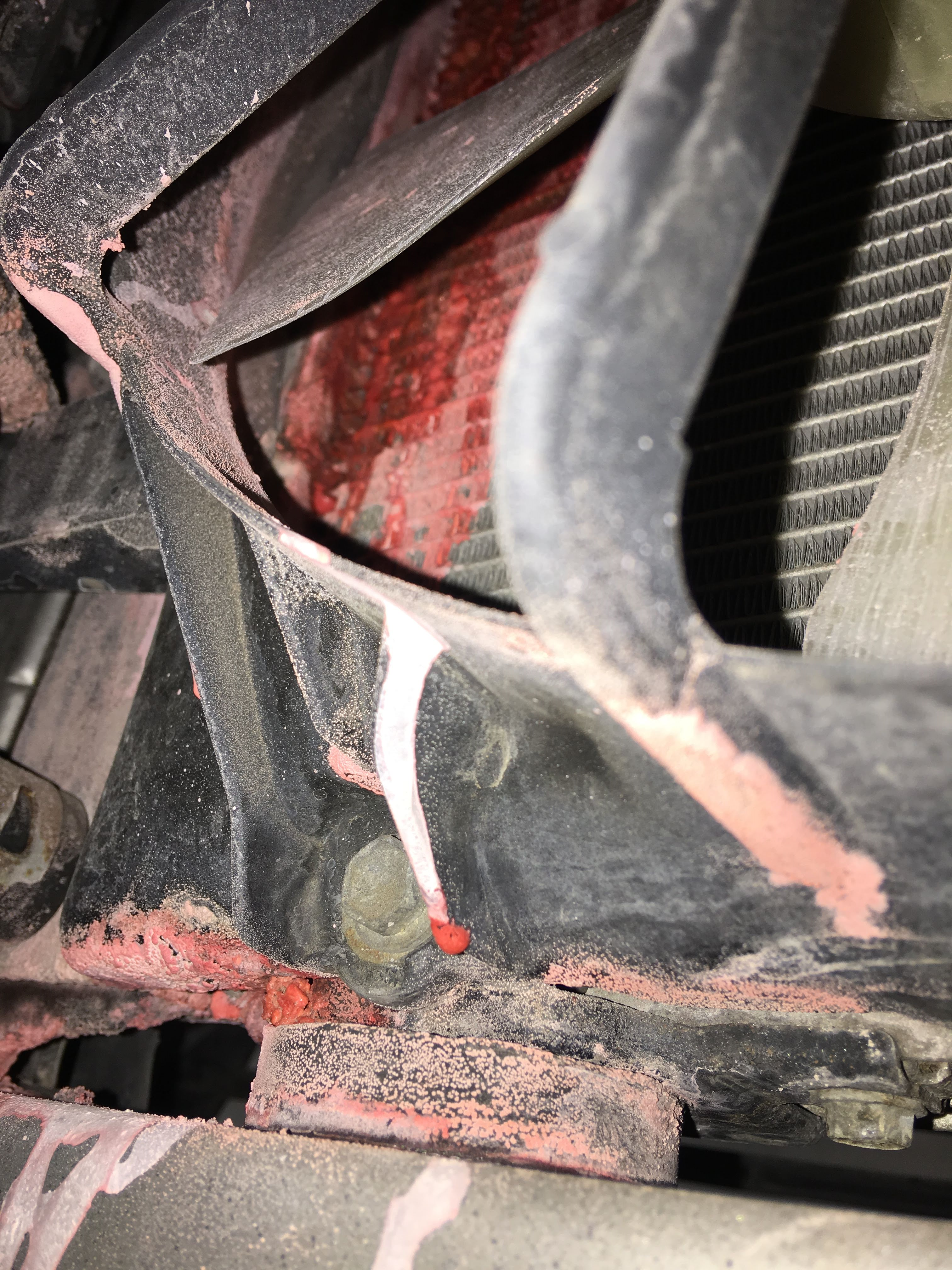 It's time for "Ask Dan" - a Frequently Asked Questions section that we will be offering from time to time. Today's FAQ session has to do with the cooling system of your Toyota, Lexus, Scion, Hybrid vehicles.

--How often should my vehicle have the engine coolant serviced?

Between 2002 and 2004, Toyota and Lexus vehicles began to come  with O.A.T. (Organic Acid Technology) coolant. All Scion vehicles came with that coolant, as well. Toyota, Lexus and Scion all recommend performing the first engine coolant service at 100,000 miles, and every 50,000 miles thereafter. The recommended number of years between coolant services has varied over the years. In this climate, we typically recommend servicing the engine coolant at least once every 8 years--even if the vehicle has not reached the specified mileage.

Hybrid vehicles use a separate liquid cooling system, which is similar to the engine cooling system. An electric pump circulates the same type of coolant that the engine uses, sending it through the aluminum Inverter/Converter housing--cooling the electronics of the high-voltage electrical system. The coolant also flows through the transmission or transaxle, cooling both of the electric motor/generator units. The service interval has varied over the years, but the hybrid system coolant is typically serviced for the first time at 150,000 miles. We normally recommend subsequent services every 75,000 miles thereafter. As with engine coolant, we recommend servicing the hybrid system coolant based on time--if the mileage interval has not been reached. We recommend servicing the hybrid system coolant at least once every 10 years.

--What is included in an engine coolant service at Dan's Toy Shop?

When a vehicle is due for an engine coolant service, our technicians begin by performing a visual inspection of the entire cooling system. We pay close attention to the condition of rubber hoses and plastic components--especially any part of the system that holds high-temperature, pressurized coolant. The water pump is also carefully inspected for any evidence of coolant seepage--as servicing the coolant can sometimes result in coolant leaks from the mechanical seal inside the water pump. The coolant level is checked in reservoir, as well as the engine (if the coolant level is very low, we will not service the system until we locate the cause of the coolant loss).

With the visual inspection complete, the coolant is drained from the coolant reservoir, radiator and engine. Any replaceable gaskets or seals on the radiator or engine drain plugs are replaced. In most cases, the system is placed under a vacuum and checked for leaks. The system is then filled with the correct, OE-type (pink), Toyota/Lexus "Super Long Life" coolant. If the vehicle uses a conventional pressure cap, it is replaced with a new, OE-type, Japanese cap. If the system uses the newer, screw-on plastic cap, it typically does not require replacement--but we still test and inspect it. Once the system is filled, any air is bled out of the cooling system. We verify that the system operates normally, builds the correct amount of pressure and does not leak coolant. The fan clutch and/or electric cooling fans are inspected for proper operation, and the vehicle is road-tested.

--My vehicle isn't overheating or leaking coolant, but you are recommending additional repairs with the coolant service. Why should I spend money replacing things that haven't failed yet?

It is extremely difficult to predict exactly which repairs will be needed, and when they will be needed. However, because we service and repair ONLY Toyota, Lexus and Scion vehicles, we often see patterns of failures in certain parts. In some cases, we see high failure rates in a specific part--such as the plastic thermostat housing collapsing on the 2004 Lexus RX330 (but only when built in Ontario, Canada). In other cases, we see high failure rates on a whole series of parts--such as cracked upper radiator tanks on nearly every radiator produced in Japan by Denso for Toyota, Lexus and Scion, between 1996 and 2007.

We use the experience gained from working on thousands of different Toyota, Lexus and Scion vehicles (in this specific climate), to predict what parts require periodic replacement--and when replacement should be recommended. Because the engine coolant is only serviced every 50,000 miles, we try to anticipate ANYTHING that is likely to fail within that period. The client will then have the option to replace the component(s) BEFORE they fail--greatly reducing the chance that they will have an unexpected breakdown. For example, an 11 year old Toyota 4Runner with 130,000 miles that is due for a coolant service will be 14 to 20 years old, with 180,000 miles--when due for the next coolant service. In our experience, we have found that the specific radiator used in that model will develop cracks in the upper radiator tank (and often fail), when 12 to 18 years old--or between 150,000 and 200,000 miles.

While we attempt to prevent ANY type of unexpected mechanical failure for the vehicles that we service, preventing cooling system failures is absolutely essential. Overheating even part of the engine, for any length of time, has the potential to cause catastrophic engine damage. Unless the driver happens to notice the temperature gauge rising (some modern Toyota and Lexus vehicles don't even have a gauge), the engine has the potential to overheat. In many cases, a slow loss of coolant may result in overheating--even though the gauge never reaches the upper limit.

--There is a "disclaimer" on my invoice, warning of a number of different problems that could occur with my vehicle. How would draining and refilling the coolant cause any of those issues?

Engines used to have heavy cast iron cylinder blocks, large radiators made completely of copper, and very durable gaskets. However, they also ran cooler, made much less power for their size, required more frequent servicing, and used toxic ethylene-glycol coolant. In the interest of reducing weight, reducing the cost of individual parts, and improving fuel economy--there have been fundamental changes to the way vehicles are made. Plastic and aluminum are used as much as possible--often to a fault. The coolant lasts longer, and is no longer as harmful--but easily seeps around water pump seals, radiator tank gaskets and engine gaskets.

When the coolant is drained and new coolant is used to fill the system, the fresh additives in the system and change in pH of the coolant can result in seepage or leaks from areas that had no evidence of a leak previously. The most common source of leakage after a coolant service or repair is from the "weep hole" of the water pump--where any coolant that gets past the water pump's internal seal runs out.

In many cases, the current pressure cap will not be maintaining full pressure (or sometimes any pressure at all). Because we replace the pressure cap during any coolant service or repair (on vehicles with a conventional, metal pressure cap), the cooling system may then be at a higher operating pressure than it had been. Proper cooling system pressure is essential for proper operation of the cooling system. Unfortunately, the increase in pressure can sometimes worsen issues that were previously undetectable--such as leakage or failure of rubber hoses and plastic components.