We are Dan's Toy Shop

Dan’s Toy Shop began in 1996 as Bill’s Toy Shop and was located on Fort Lowell near First. In approximately 2002-2003, our friend, Rey bought the shop from Bill and it became Rey’s Toy Shop. Rey got tired of being “stuck” in Tucson and wanted to sell the business and tour the country with his family. Around mid-2005, Rey asked Dan if he would be interested in buying the business from him. Rey and Dan used to work at Lexus of Tucson together and he remembered that Dan had talked about owning his own shop.

On February 16, 2006 Dan’s Toy Shop officially came into being. Angela ran the office and Dan worked in the shop alongside Rey’s mechanic Jim. In May 2006, Brian Thacker, who had worked at Lexus with Dan, came to join him in the shop. Fast forward to 2011, when Dan’s Toy Shop moved to its current location. A much bigger shop, office, and waiting area and a better neighborhood/location. There have been a few personnel changes over the years, but Dan and Angela (and even Brian!) are still here. Thirteen years later, we’ve honed our services and repairs to better take care of our customers yet still offer the same integrity and attention to detail.

Angela works in the office taking care of daily business tasks and aiding Leslee with customer service. Dan does what he does best and works in the shop, overseeing repairs and dealing with the difficult diagnosis jobs. You’ll see Brian sometimes working in the office or interacting with customers, as we try and utilize him where the need is greatest. We have one more technician, DJ, (who we have stuck in a corner in the shop!) and he helps keep all the vehicles running and performing up to par. It may just be the five of us, but we all have our customers best interest in mind and want to make sure they are treated as we would want to be treated. 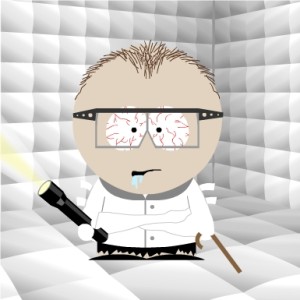 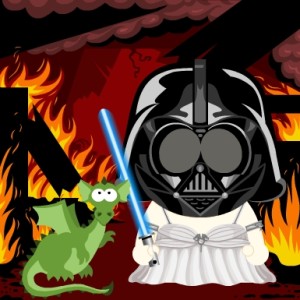 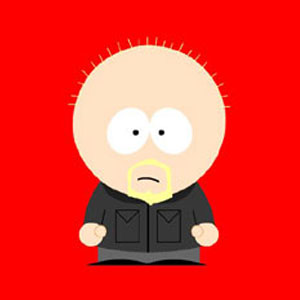 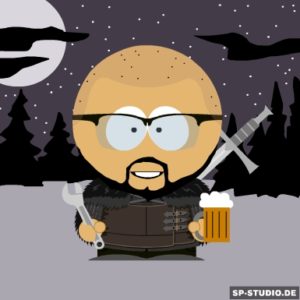 Dan is a Tucsonan and a career import technician. He has been working on cars as long as anyone in his family can remember, but began working professionally in the car business at age 19 for a local Toyota dealer. He joined Royal Group in 1995 and began an apprenticeship, becoming certified as an A.S.E. Master Automobile Technician before he was even allowed to work on a car by himself!

The next several years were spent at Isuzu, during which time Dan became Isuzu “Expert” certified and enjoyed a great reputation for quality service. In 1999, he and his wife Angela moved out of state for a year, where he began working on Toyotas exclusively. Upon returning to Tucson, Dan began working as a Lexus technician.

Three years followed at Lexus with Dan earning certification as both a “Senior Technician” as well as “Master Diagnostic Specialist,” the highest level of Lexus certification. In 2003, while only 29 years old, Dan was chosen to be the Shop Foreman of the new Lexus facility at the Tucson Auto Mall. Despite a group of very young and inexperienced technicians, the new dealership thrived, earning the prestigious “Elite of Lexus” honor both years that Dan was managing the shop. In addition, he became trained and certified in over two dozen specialty areas – including the all–important hybrid system.

In 2005, Dan left Lexus for ethical reasons and came to work at the Toy Shop, which was owned at the time by Rey Cordova. When Rey and his family chose to leave Tucson in February 2006, Dan and Angela took over operation of the shop permanently.

Dan spends whatever time he has away from the shop with Angela and their two children Sam and Christina. He and Angela are also a licensed foster home and have adopted both of their children from foster care. In his free time, Dan is usually spending time with something motorized and dangerous, or recovering from the injuries they cause.

Angela first came to work here for Rey Cordova in early 2005, before taking over ownership in February 2006. With over ten years in various administrative and management positions, there is almost nothing that Angela hasn’t been involved in. Originally trained in the environmental and hazardous materials fields, she has made a career of being the go–to person, as well as the face of many companies and projects – from prosecutor’s offices to ballistic missile defense systems.

Angela’s prime motivation is the satisfaction of our clients and it is evident to everyone that meets her. (Her best friend has said many times that Angela has never met a stranger.) You could say that Angela is the face of the business, as she is front and center in the office, available to meet & talk with clients as needed. She’s also the one that handles all the social media aspects, the advertising, etc since she is the more social of the pair. Angela is also the one that seeks input and feedback from clients and is constantly on the lookout for anything that will help make their experience at our shop better and more convenient.

Angela has had many health challenges in the past 13 years that has impacted her time at the shop. Her children, mere babies when the shop was started, are no longer in need of the constant attention, however, they are teenagers so the kind of attention they need has changed! Priorities are still the same: family, self, then everything else. In the last 13 years Angela has learned that down time is very important, especially when people are dependent on you. This has allowed her to maintain some semblance of sanity, at least outwardly to most people who don’t know her. She even takes time off to practice her use of the Force and to slay a few dragons as well!

Brian is a former repair shop manager and has over ten years of multi-line repair experience, including more than six years of Lexus and Toyota dealership experience. Brian was recruited because of an absolute commitment to quality and integrity, demonstrated by receiving the “Elite of Lexus” certification every year that he was eligible. He is detail oriented and very committed to providing our clients with the best possible experience. In 2012, Brian became ASE Certified as a Service Consultant. Brian has also been promoted to Shop Manager and aids in the smooth running of the shop.

She's baaaaaack!! The OG (Original Gatekeeper) returned to the Toy Shop after a year sabbatical. She decided that nothing was better than being the underboss, in charge of day-to-day operations (basically getting to tell Brian & DJ what to do all day). Who wouldn't want to be able to do that & get paid on top of it??

DJ comes to the Toy Shop from north of the wall. He has 15+ years of automotive knowledge and experience. After fleeing his oppressors at a Toyota dealer, DJ hid out in an independent repair shop. Angela used the powers of the Force (aka Craigslist) to locate DJ and coax him out of the shadows. He has shared his treasure trove of information with others and is always quick to lend a hand, sword, or wrench when needed. He has been a welcome addition to this band of misfits at Dan’s Toy Shop.